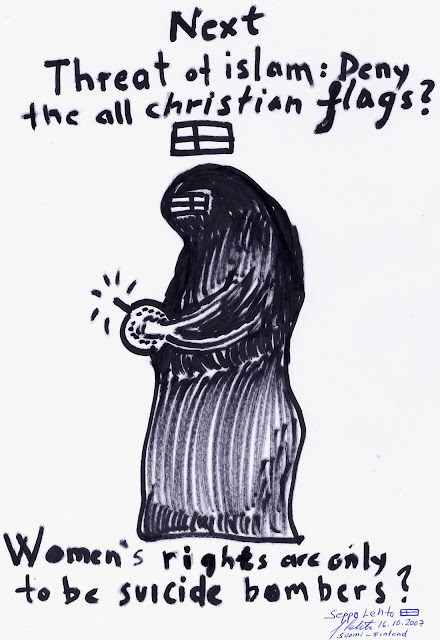 There is going to be published: "Aisha The Jewel of Medina = Victim of pedofile prophet Muhammed and other such criminals" Writer Seppo Lehto Tampere - Finland  Tampereen kaupunginvaltuustoon kuntavaaleissa 2021 tuellanne?

Email ThisBlogThis!Share to TwitterShare to FacebookShare to Pinterest
Tunnisteet: Aisha The Jewel of Medina = Victim of pedofile prophet Muhammed and other such criminals
Sijainti: Medina Saudi-Arabia

Let`s think what is situation in isla nowadays. Do they fuck still young girls alike paedofile prophet Muhammed used to do? Rely is Yes they do 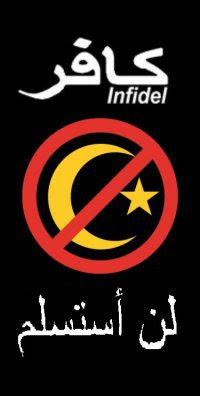 Let`s think what is situation in isla nowadays. Do they fuck still young girls alike paedofile prophet Muhammed used to do? Rely on this reply: Yes they do .. no regret about that 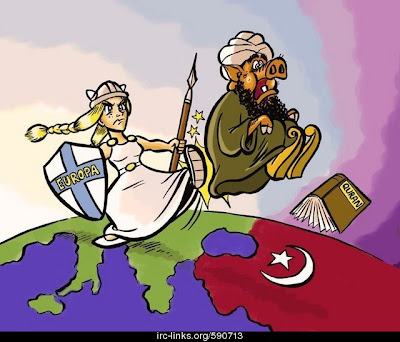 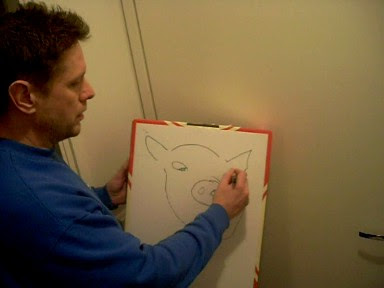 Let`s say together no towards islam in Europe 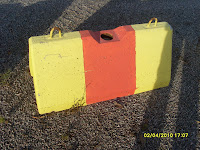 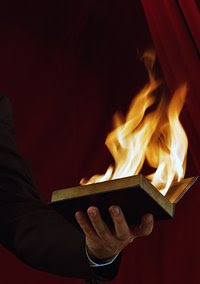 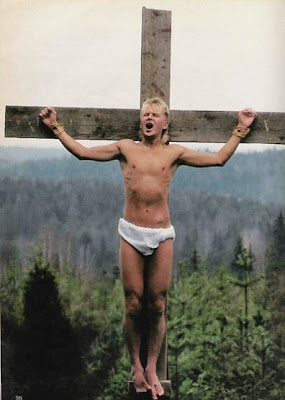 There is becoming a book in this thema:) which is forbidden in USA


You Still Can't Write
About Muhammad

Starting in 2002, Spokane, Wash., journalist Sherry Jones toiled weekends on a racy historical novel about Aisha, the young wife of the prophet Muhammad. Ms. Jones learned Arabic, studied scholarly works about Aisha's life, and came to admire her protagonist as a woman of courage. When Random House bought her novel last year in a $100,000, two-book deal, she was ecstatic. This past spring, she began plans for an eight-city book tour after the Aug. 12 publication date of "The Jewel of Medina" -- a tale of lust, love and intrigue in the prophet's harem.

It's not going to happen: In May, Random House abruptly called off publication of the book. The series of events that torpedoed this novel are a window into how quickly fear stunts intelligent discourse about the Muslim world.

Random House feared the book would become a new "Satanic Verses," the Salman Rushdie novel of 1988 that led to death threats, riots and the murder of the book's Japanese translator, among other horrors. In an interview about Ms. Jones's novel, Thomas Perry, deputy publisher at Random House Publishing Group, said that it "disturbs us that we feel we cannot publish it right now." He said that after sending out advance copies of the novel, the company received "from credible and unrelated sources, cautionary advice not only that the publication of this book might be offensive to some in the Muslim community, but also that it could incite acts of violence by a small, radical segment."

After consulting security experts and Islam scholars, Mr. Perry said the company decided "to postpone publication for the safety of the author, employees of Random House, booksellers and anyone else who would be involved in distribution and sale of the novel."

This saga upsets me as a Muslim -- and as a writer who believes that fiction can bring Islamic history to life in a uniquely captivating and humanizing way. "I'm devastated," Ms. Jones told me after the book got spiked, adding, "I wanted to honor Aisha and all the wives of Muhammad by giving voice to them, remarkable women whose crucial roles in the shaping of Islam have so often been ignored -- silenced -- by historians." Last month, Ms. Jones signed a termination agreement with Random House, so her literary agent could shop the book to other publishers.

This time, the instigator of the trouble wasn't a radical Muslim cleric, but an American academic. In April, looking for endorsements, Random House sent galleys to writers and scholars, including Denise Spellberg, an associate professor of Islamic history at the University of Texas in Austin. Ms. Jones put her on the list because she read Ms. Spellberg's book, "Politics, Gender, and the Islamic Past: The Legacy of 'A'isha Bint Abi Bakr."

But Ms. Spellberg wasn't a fan of Ms. Jones's book. On April 30, Shahed Amanullah, a guest lecturer in Ms. Spellberg's classes and the editor of a popular Muslim Web site, got a frantic call from her. "She was upset," Mr. Amanullah recalls. He says Ms. Spellberg told him the novel "made fun of Muslims and their history," and asked him to warn Muslims.

In an interview, Ms. Spellberg told me the novel is a "very ugly, stupid piece of work." The novel, for example, includes a scene on the night when Muhammad consummated his marriage with Aisha: "the pain of consummation soon melted away. Muhammad was so gentle. I hardly felt the scorpion's sting. To be in his arms, skin to skin, was the bliss I had longed for all my life." Says Ms. Spellberg: "I walked through a metal detector to see 'Last Temptation of Christ,'" the controversial 1980s film adaptation of a novel that depicted a relationship between Jesus and Mary Magdalene. "I don't have a problem with historical fiction. I do have a problem with the deliberate misinterpretation of history. You can't play with a sacred history and turn it into soft core pornography."

After he got the call from Ms. Spellberg, Mr. Amanullah dashed off an email to a listserv of Middle East and Islamic studies graduate students, acknowledging he didn't "know anything about it [the book]," but telling them, "Just got a frantic call from a professor who got an advance copy of the forthcoming novel, 'Jewel of Medina' -- she said she found it incredibly offensive." He added a write-up about the book from the Publishers Marketplace, an industry publication.

The next day, a blogger known as Shahid Pradhan posted Mr. Amanullah's email on a Web site for Shiite Muslims -- "Hussaini Youth" -- under a headline, "upcoming book, 'Jewel of Medina': A new attempt to slander the Prophet of Islam." Two hours and 28 minutes after that, another person by the name of Ali Hemani proposed a seven-point strategy to ensure "the writer withdraws this book from the stores and apologise all the muslims across the world."

Meanwhile back in New York City, Jane Garrett, an editor at Random House's Knopf imprint, dispatched an email on May 1 to Knopf executives, telling them she got a phone call the evening before from Ms. Spellberg (who happens to be under contract with Knopf to write "Thomas Jefferson's Qur'an.")

"She thinks there is a very real possibility of major danger for the building and staff and widespread violence," Ms. Garrett wrote. "Denise says it is 'a declaration of war . . . explosive stuff . . . a national security issue.' Thinks it will be far more controversial than the satanic verses and the Danish cartoons. Does not know if the author and Ballantine folks are clueless or calculating, but thinks the book should be withdrawn ASAP." ("The Jewel of Medina" was to be published by Random House's Ballantine Books.) That day, the email spread like wildfire through Random House, which also received a letter from Ms. Spellberg and her attorney, saying she would sue the publisher if her name was associated with the novel. On May 2, a Ballantine editor told Ms. Jones's agent the company decided to possibly postpone publication of the book.

On a May 21 conference call, Random House executive Elizabeth McGuire told the author and her agent that the publishing house had decided to indefinitely postpone publication of the novel for "fear of a possible terrorist threat from extremist Muslims" and concern for "the safety and security of the Random House building and employees."

All this saddens me. Literature moves civilizations forward, and Islam is no exception. There is in fact a tradition of historical fiction in Islam, including such works as "The Adventures of Amir Hamza," an epic on the life of Muhammad's uncle. Last year a 948-page English translation was published, ironically, by Random House. And, for all those who believe the life of the prophet Muhammad can't include stories of lust, anger and doubt, we need only read the Quran (18:110) where, it's said, God instructed Muhammad to tell others: "I am only a mortal like you."

Ms. Nomani, a former Wall Street Journal reporter, is the author of "Standing Alone: An American Woman's Struggle for the Soul of Islam" (HarperOne, 2006).

See all of today's editorials and op-eds, plus video commentary, on Opinion Journal.

And add your comments to the Opinion Journal forum.

Email ThisBlogThis!Share to TwitterShare to FacebookShare to Pinterest
Tunnisteet: Aisha The Jewel of Medina = Victim alike so many innocent small girsl of this pedofile culture of islam and pedofile prophet Muhammed 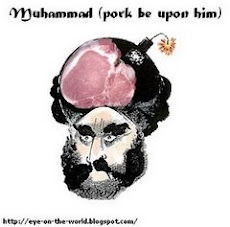 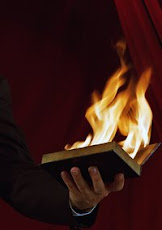